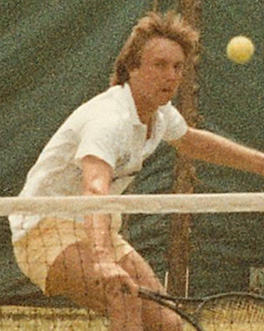 Hong Kong's most decorated Davis Cupper, Bailey has held virtually every all-time record in the team event – most total wins (29-16), most singles wins (17-13), most doubles wins (12-3), best doubles team with Michael Walker (4-1), most ties played (21), and most years played (11). It was not until 2011, almost 20 years after he retired from Davis Cup competition, that Yu Hiu Tung surpassed his record in the most ties played category.

Bailey made his Davis Cup debut in January 1982 against Philippines in Group II at age 18 years and 10 months, playing doubles alongside his junior cohort, Kelvin Ng.

In 1988, with Bailey playing both No. 1 singles and doubles, Hong Kong produced 5-0 victories against Iran in the first round, Singapore in the semifinals, and Pakistan in the final to earn promotion to Asia/Oceania Zone Group I for the first time since entering the Davis Cup in 1970.

Then, in 1990, Bailey spearheaded another run to the Group II final with wins against Malaysia and Chinese Taipei before Thailand came from 2-1 down to win 3-2 to gain promotion at the expense of Hong Kong.

In 1991, Bailey was again instrumental in Hong Kong's second successive run to the Group II final in the wins against Singapore in the quarters and Sri Lanka in the semis before Chinese Taipei denied Hong Kong with a narrow 3-2 victory.

His last year of Davis Cup representation turned out to be a winning one, as he teamed up with Michael Walker to come from two sets down to beat Vittaya Samrej and Woraphol Thongkhamchu, 3-6, 4-6, 6-2, 6-3, 6-4, to clinch the Group II final against Thailand. The win also marked Hong Kong's last promotion to Asia/Oceania Zone Group I.

In 2016, Bailey received the Davis Cup Commitment Award, an accolade presented by the ITF to players who have shown long-standing dedication to representing their country in this prestigious competition. Eligibility for this award entailed competing in at least 20 Home & Away ties or 50 ties at any level of the competition.

Growing up, he was consistently one of the top 2 juniors in Hong Kong. In 1981, Bailey, together with Kelvin Ng, captured the boys' doubles title at the Asian Junior Championships in Hyderabad, India. That year, he was a direct acceptance to the maindraw of the boys' singles at Wimbledon. From 1980-82, he attended the Nick Bollettieri Tennis Academy before moving on to the University of Kentucky where he was a four-year letterman.